The Letters of  H.P. Blavatsky 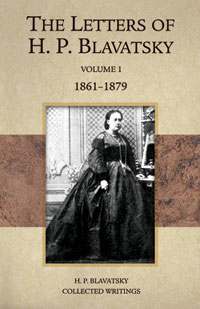 This unparalleled collection contains all known letters written by Helena P. Blavatsky (1831-1891) between 1860 and the time before she went to India in 1879, with related material, such as letters to and about her, articles, and editorial commentary by John Algeo. Her corpus of published material—14 volumes—represents the public H. P. Blavatsky, the leading esoteric thinker of the nineteenth century. Her correspondence reveals the private HPB, an enigmatic, puzzling sphinx. Within the time frame of this book, she has traveled over the world, undergone personal crises, discovered her identity, published her first major works, founded the Theosophical Society, and seen a vision of her future. The first volume of letters now being presented as part of the H.P. Blavatsky Collected Writings, the book constitutes a major contribution toward understanding the woman who first introduced Eastern spirituality to the West, thus launching what became the New Age.