Scholars have not heretofore taken Blavatsky seriously, because it is generally accepted that she was proven to be a fraud. There was therefore no reason or need to evaluate her writings. However, in 1986 the century-old report which was primarily responsible for branding her a fraud was itself put in serious doubt. This original report of Richard Hodgson, published by the Society for Psychical Research, London, in December 1885, has now been examined by Dr. Vernon Harrison. His study is also published by the Society for Psychical Research, in their Journal for April 1986, almost exactly one hundred years later. Dr. Harrison opens by referring to Hodgsonís conclusion that Blavatsky was an ďimpostor,Ē noting that it ďhas been quoted in book after book, encyclopaedia after encyclopaedia, without hint that it might be wrong.Ē He continues: (1)

For years Hodgson has been presented as an example of a perfect psychical researcher, and his report a model of what a report on psychical research should be. I shall show that, on the contrary, the Hodgson Report is a highly partisan document forfeiting all claim to scientific impartiality.

After showing this, he states in his conclusion: (2)

As detailed examination of this Report proceeds, one becomes more and more aware that, whereas Hodgson was prepared to use any evidence, however trivial or questionable, to implicate HPB, he ignored all evidence that could be used in her favour. His report is riddled with slanted statements, conjecture advanced as fact or probable fact, uncorroborated testimony of unnamed witnesses, selection of evidence and downright falsity.

It is this Report on which virtually all modern assessments of Blavatsky, other than those of her supporters, are ultimately based.

Besides the evidence against the century-old assessment of Blavatsky as a fraud that this new study provides, there exists some very weighty evidence for her integrity that I believe has been unduly neglected, even by her supporters. This is is the testimony of Gnostic scholar George R. S. Mead, who was Blavatskyís private secretary for the last three years of her life. The neglect of this evidence by Blavatskyís supporters can perhaps be explained by the fact that Mead left the Theosophical Society ďin utter disgustĒ in 1909, but this fact would for outside investigators give his testimony all the more weight. He wrote that when he came to work for her: (3)

She handed over to me the charge of all her keys, of her MSS., her writing desk and the nests of drawers in which she kept her most private papers; not only this, but she further, on the plea of being left in peace for her writing, absolutely refused to be bothered with her letters, and made me take over her voluminous correspondence, and that too without opening it first herself.

He goes on to say that,

it convinced me wholly and surely that whatever else H.P.B. may have been, she was not a cheat or tricksteróshe had nothing to hide; for a woman who, according to the main hypothesis of the S.P.R. Report, had confederates all over the world and lived the life of a scheming adventuress, would have been not only incredibly foolhardy, but positively mad to have let all her private correspondence pass into the hands of a third party, and that, too, without even previously opening it herself.

This, by the way, counters not only the Society for Psychical Research Report by Hodgson, but also the current conspiracy theories of K. Paul Johnson, which have now received some attention in academic circles.(4)

I joined the Society in 1884, immediately on coming down from Cambridge. In 1889 I gave up my profession of teaching, and went to work with Yelena Petrovna Blavatskaia (generally known as Mme. Blavatsky). For the last three years of her life I was her private secretary, and in the closest intimacy with her. . . . Whatever
else Yelena Petrovna was . . . , H. P. Blavatsky was not, within my experience at any rate, the vulgar trickster and charlatan of hostile popular legend. . . . When I first went to her to work permanently, I was a young man of whom she practically knew nothing,. . . Nevertheless, with childlike confidence, and with one of those large and eccentric gestures of hers, she handed over to me at once the keys of her desk and bookcases and tossed over, unopened, her voluminous correspondence, bidding me answer it as best I might (and Ďbe dódí), as she wanted all her time for writing her articles and books. It was all very foolish and imprudent; but at any rate it was assuredly not the act of one who was popularly supposed to be carrying on an elaborate fraud with numerous confederates.

Yet by this time Mead had long since come to disagree with Blavatskyís teachings, having founded his own ďQuest SocietyĒ in 1909, so had nothing to gain by repeating this. He continues: ďThis does not mean to say that I approve otherwise of her and her ways by any means. I retain a great personal affection for her bohemian and racy personality; but much she wrote I know to be very inaccurate, to say the least of it; while her whole outlook on life was that of an Ďoccultistíóa view I now hold most
firmly to be fundamentally false.Ē Meadís firsthand and disinterested testimony is weighty evidence for Blavatskyís integrity, whatever one may think of her teachings.

The agnostic writer William Stewart Ross put it more strongly: (6) ďĎImpostorí indeed! She was almost the only mortal I have ever met who was not an impostor.Ē

While we believe that any unbiassed investigation will confirm Blavatskyís integrity, our concern is with the material she brought out in her writings, which must stand or fall on its own merits. We have said this much only to show that the neglect of her writings by scholars due to fraud charges is, after all, unwarranted. My evaluation of the originality of the teachings from the secret ďBook of Dzyan,Ē the basis of her magnum opus, The Secret Doctrine, may be found in the article, ďThe Secret Doctrine: Original Genesis and the Wisdom Tradition.Ē Certain scholars of last century, such as F. Max MŁller to whom we are indebted for the first Sanskrit edition of the Rg-veda and SayaŮaís commentary, held the opinion that the stanzas from Blavatskyís secret books were taken from known Sanskrit and Pali works.7 Yet from then until now, no one has been able to trace a single stanza from the ďBook of DzyanĒ in any known work, and some of us have been trying for many years to do just that.

2. Vernon Harrison, ďJíAccuse,Ē p. 309. Dr. Harrison in the opening of his 1997 book comments further on this earlier statement of his: ďIf this seem hyperbole, I reply that now that I have had the opportunity of re-reading the Hodgson Report in the light of the hard evidence that still remains to us (i.e., the Mahatma Letters preserved in the British Library), the Hodgson Report is even worse than I had thought.Ē 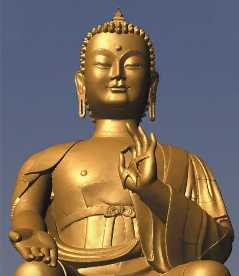 PREFACE
INTRODUCTION: Why Take Blavatsky Seriously?
1.   Quest for the Lost Language of the Initiates
2.   The Books of Kiu-te Identified
3.   New Light on the Books of Dzyan
4.   What are the Books of Kiu-te?
5.   Tibetan and Sanskrit Manuskripts
6.   Notes on Cosmological Notes
7.   Technical Terms in Book of Dzyan Stanza I
8.   Theosophy in Tibet: The Teachings of the Jonangpa School
9.   Technical Terms in Book of Dzyan Stanza II
10. The Doctrine of Swabhava or Swabhavata and the questions of Anatman and Sunyata
11. The Voice of the Silence: Bringing the Heart Doctrine to the West
12. Report on a search for the Book of the Golden Precepts in Kalimpong, March 1998
13. The Secret Doctrine: Original Genesis and the Wisdom Tradition
14. Searching for the Book of Dzyan